Posted by Shaun Perry on Sep 12, 2013 in Architecture, Project Management

Transforming a rundown tourist destination after years of neglect, GLM’s architects together with their project and construction management team have handed over the second phase of the ambitious redevelopment of John O’ Groats to client Natural Retreats. 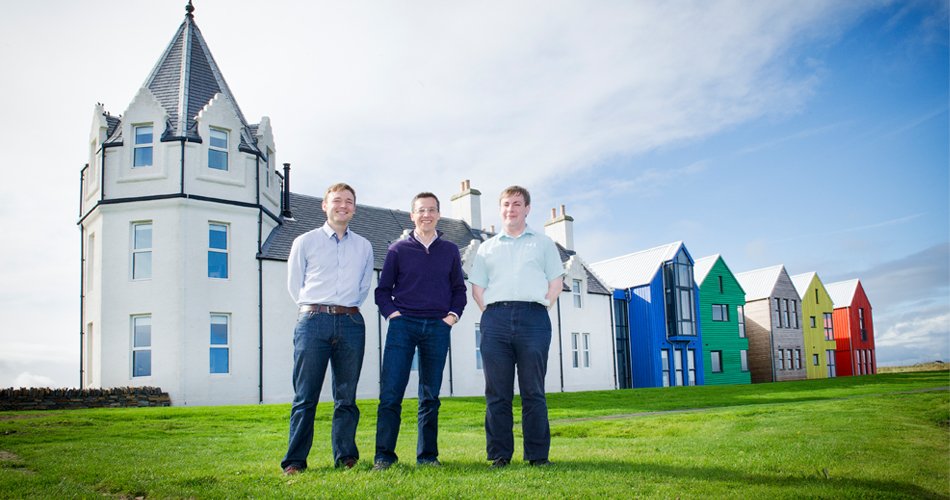 By the start of the latest phase of the project in August 2011, the late Victorian baronial-style John O’ Groats Hotel, occupying a prominent position in this world famous location, had been left to rot for more than 15 years.  The depressing scene had gradually drained the life out of the place but still the visitors came, were disappointed, and left.  Now in August 2013 the hotel has been dramatically restored and revitalised by GLM and re-launched by Natural Retreats as The Inn at John O’ Groats.  Various modern extensions were removed to reveal a dilapidated but pleasing building.  Although it would have been cheaper to demolish, the decision was taken to restore, remodel and add the colourful Nordic inspired timber clad extension designed.  The Inn at John O’ Groats now offers 16 luxury holiday apartments in a range of sizes with dramatically framed views and stylish interiors designed in conjunction with interior designers NoChintz. 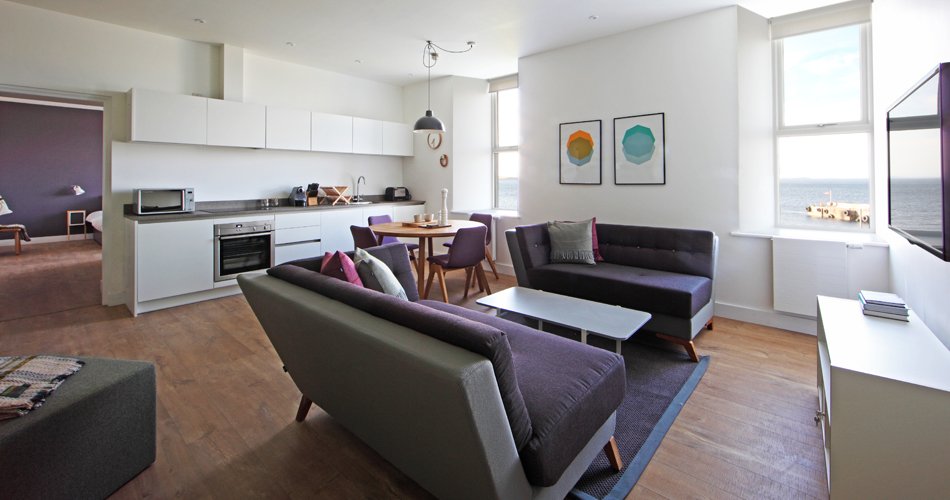 Project Architect, Neil McAllister, said “There was always a huge temptation to tone things down but I’m glad we had the courage to run with the concept all the way.  As you come over the brow of the hill you see the Inn boldly marking the end of the journey – and the beginning of the journey to the islands beyond.”

As well as The Inn, GLM have been responsible for the construction of 23 luxury holiday self-catering residences, a completely remodelled co-operative café selling local produce and dishes, and The Outfitters,  an activity centre and retail space formed within in the famous “Last House”.  The whole project has been underpinned by strong sustainable principles, making use of locally sourced materials such as Caithness stone, Scottish Larch timber and sedum roofs.  Large high performance glazed screens maximise the sweeping views. 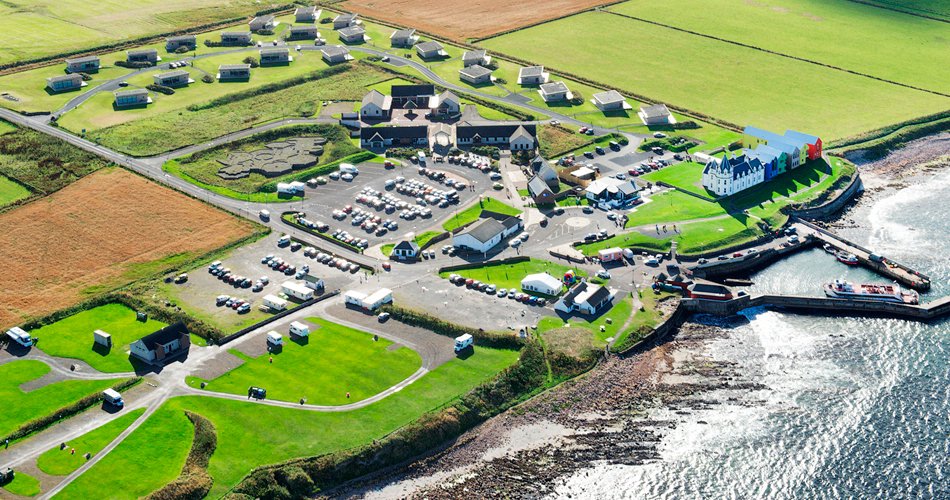 Ian McKee, GLM Director and Project Director says, “For decades there has been talk of revitalising John O’Groats but it was only ever talk.  The local people were justifiably jaded by failed initiative after failed initiative.  All that is being put behind them now and we are thrilled to have been given an opportunity to play our part in this challenging redevelopment.

One of the keys to the success of the project has been the use of a ‘Construction Management’ procurement route, a departure for us from conventional so-called ‘Traditional’ procurement’.  It enabled us to maximise the use of local skills, labour and resources and to deliver the project within tight budgetary and programme constraints.  Although challenging, this was in effect a double win – our client got what they wanted and we gained valuable experience that we can apply to other projects”.

The project builds on the vision of developer and operator Natural Retreats, together with their JV partner Heritage GB and support from Highlands and Islands Enterprise and other agencies.

John O’Groats is now a destination that no longer disappoints.  There is a buzz about the place and it is a destination worth travelling to.  GLM are confident that the colourful and iconic Inn, which welcomed its first delighted guests on 16 August 2013, will feature on postcards and be enthusiastically recorded on the cameras of “End-to-Enders” for generations to come.

The Inn at John O’ Groats:


GLM’s restoration of The Inn at John O’ Groats, a formerly derelict Victorian baronial-style hotel that was almost on the point of collapse, together with its cheerful extension, has created 16 luxury self-catering units.  They look out to sea on one side and over the huge Caithness landscape on the other.

The sustainable and luxurious holiday “residences”, which feature sedum roofs and wood burning stoves are the physical embodiment of the Natural Retreats brand.  From the highly insulated and stylish interiors that require little energy to heat, the visitor looks out through huge glass doors onto big skies above distant horizons.

In a remarkable transformation, the utilitarian Journey’s End Café at John O’ Groats, is now completely unrecognisable following GLM’s design metamorphosis. Never losing sight of the commercial imperatives, GLM transformed the existing building into what at first sight might appear to be an entirely new building. The Natural Retreats approach works hard to promote and support sustainability in the local economy and the Storehouse is a combination of a fully licenced café and a co-operative based shop selling produce and goods from local businesses including Old Pulteney Single Malt Scotch Whisky, freshly baked bread and speciality cheese, adding a completely new dimension to the John O’Groats experience.

Claiming to be the “Last House” in mainland Scotland (a claim hotly contested) this pretty vernacular Highland Cottage had become part of the tatty tourism image that this project has sought to reverse.  In a light touch upgrade GLM has transformed it into an upmarket retail space, reception area and activities booking hub. The Outfitters provides everything in the way of equipment, clothing and supplies for the wide range of activities available at John O’Groats.