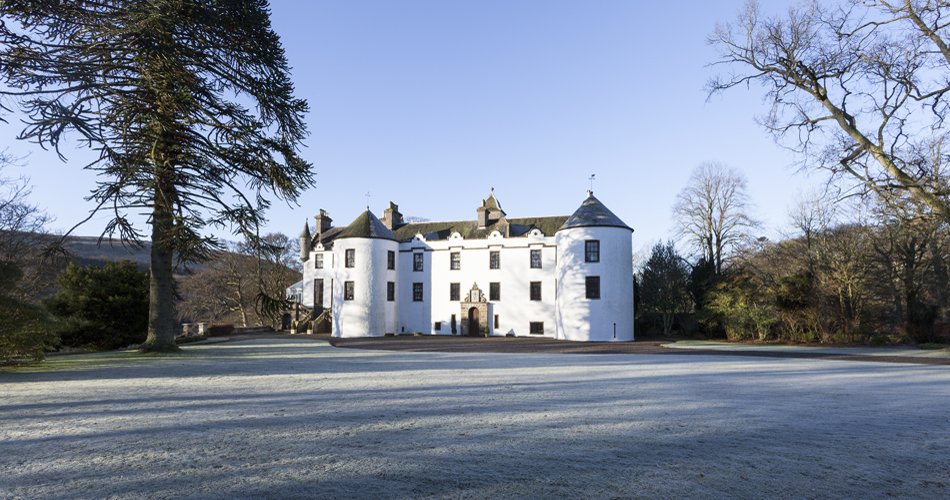 Unlike some of the castles and country houses we have worked on the principal rooms in Glenbervie Castle and the main fabric of the building were in pretty good order when we first became involved. There were, however, some notable exceptions. The kitchen was a tiny former Butler's Pantry on the first floor and much of the ground floor was damp and unused. The former kitchen was a stone vaulted room with no water services that did not lend

itself to being a kitchen again, and at the other end of a long corridor, there were some long abandoned rooms and a Library too damp to keep books in. On the upper floors there were some attractive bedrooms with no bathrooms anywhere near them and there was very little in the way of heating. We put forward a proposal to create a kitchen-family room by removing some internal walls and opening up a bricked up bay window that had once been a boiler room.

This proposal was shot down in flames by the local authority conservation officer but, it received the wholehearted support of Historic Scotland so it went ahead. The installation of land drainage, central heating, new bathrooms and a pressurised water system that overcame the inadequacies of the mains supply took Glenbervie Castle from being an attractive and historic house into a comfortable family home. 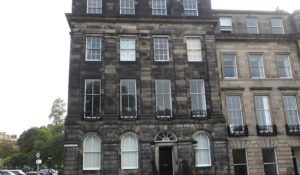 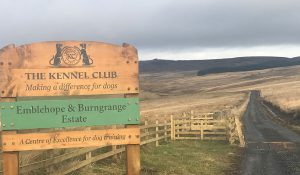