Having started life as a fledgling firm almost 30 years ago, GLM has grown into one of the country’s most respected consultancies. Today, GLM is home to an experienced team of architects, building surveyors and project managers. What unites us is our ability to collaborate, solve problems and deliver. 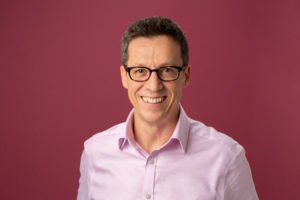 Ian was one of the founders of the practice in 1995 and is its managing director. In 2016 he was the chairman of the RICS in Scotland.

Ian is a chartered building surveyor with a first class academic background and a keen eye for design. He is therefore proud to lead a team of architects and building surveyors. His interests are wide ranging from the technical to the strategic. Ian is well versed in the full range of the profession having performed the full range of building surveying duties in the course of his career including project management, major dilapidations claims, building condition surveys, building refurbishment and property management. He has a particular interest and specialism in the hotel and leisure sectors.

Whenever he can Ian escapes to the countryside on his mountain bike or cycling the mountain passes of Mallorca. 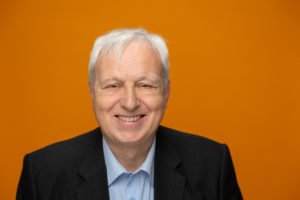 With over 45 years of experience in property and construction, and being one of only a handful of conservation accredited Building Surveyors in Scotland, David brings a wealth of knowledge, expertise and inspiration to clients and the whole GLM team.

David always has at least one campaign on the go. Currently he is working with others in a concerted effort to improve the arrangements for the maintenance and repair of buildings in common ownership in Scotland. After 4 years of campaigning this topic is beginning to attract the attention of politicians of all parties in Scotland. 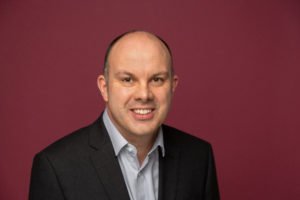 David joined GLM 22 years ago as a graduate from the University of Liverpool School of Architecture and subsequently qualified. He has matured to become one of the most experienced architects in his field in Scotland. Calm, unflappable, technically knowledgeable and having a deep understanding of the architecture of the past and present David is an accomplished designer who maintains the highest of standards. Although he has a strongly developed sense of design and an unwavering eye for what looks right, David is the opposite of a domineering architect. He will advise and lead when required but is always respectful of the client’s needs and ambitions.

He creates buildings that are open, warm and well-proportioned. Dedicated, passionate and unassuming, David gets things done and forms a strong bond of understanding and loyalty with clients. 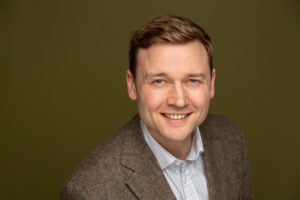 After studying Building Surveying at Heriot Watt University, Aythan joined GLM as a graduate where he qualified and in due course became a key member of the team. In 2014 he decided to spread his wings and went to work, not in his native Cumbria but in Dublin where he had a senior role with an international engineering consultancy.

Since returning to GLM in 2018 Aythan has been appointed to the role of Commercial Director of the practice. As with every other member of the team this is a dual role because he is also an active building surveyor and project manager.

Aythan brings a rare combination of professional expertise and business acumen all delivered with an infectious enthusiasm that will help drive our business forward as we continue to grow and develop new opportunities. 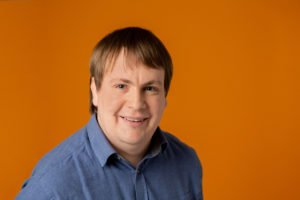 Neil is GLM’s champion of design. His award-winning John O’Groats Inn and Kilchoan Chapel demonstrate his range and adaptability although they represent just a tiny fraction of his highly creative output. He combines a deep knowledge, love, and understanding of old buildings with a flair for creative new architecture.

After gaining a degree in architecture he went on to acquire an MSc in Architectural Conservation from Edinburgh College of Art. Neil combines a creative and a highly logical mind. He can quickly grasp the essence of a client’s objectives and is always striving to create something of beauty whatever the brief and budget.

Neil likes to go on holiday with no destination in mind and his curiosity invariably takes him to interesting places with unique and diverse architectural features. 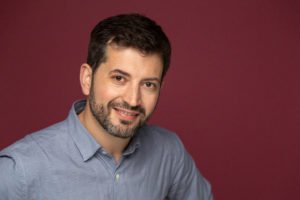 As a senior, established member of GLM’s team, Antonio’s experience and methodical approach bring an assurance of quality to our most complex projects. With a strongly professional ethos he can be relied on to keep a firm grip on cost and quality control.

A native from Spain, Antonio came to Edinburgh in 2011 moved by his passion for Building Conservation after several years of practise as a professional qualified in Spain. For someone from a quite different cultural background, Antonio’s understanding of, and feeling for, traditional Scottish building technology and design would put many a native to shame.

He achieved his MRICS Status working for the National Trust for Scotland before joining GLM. Antonio is actively involved in building bridges within both Spain and the UK professional bodies. 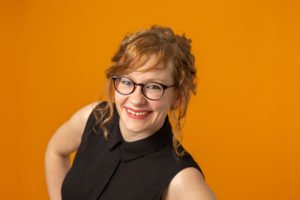 Joanne joined GLM in 2018 as an experienced senior architect, accredited in building conservation, whose varied career to date in large and small architectural practices have perfectly prepared her for her for life at GLM. Joanne is of the generation of architects who is fluent in the use of 3D CAD modelling which she uses with considerable artistry as well as fluency.
The mother of two young children she demonstrates her project management skills by seamlessly balancing her home and work lives (at least that is how it appears) and has already produced an impressive body of work.

Joanne was born in Northumberland, and graduated from Edinburgh College of Art with a First Class Degree in Architecture and was nominated for the RIAS Award for her Diploma in Architecture and Urban Design in 2006. She went on to complete an MA entitled recycling Urbanism. 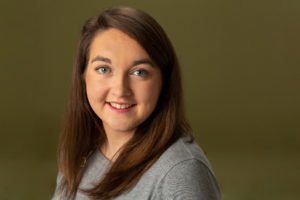 Hannah has been a key member of the team since 2016. Her warm outgoing personality, direct style and passion for quality combine to influence the buoyancy of the team and support us in reaching out to clients, past present and future. She is also very good at managing the ongoing maintenance of properties that we have worked on.

Working with GLM’s experienced team of architects, building surveyors and project managers, Hannah’s main task is that of communication: ensuring that GLM’s vision and services are communicated in a clear, consistent and attractive form.

Hannah is, above all, “connected”. She is an arch-exponent of every type of social media including just talking to people. Her involvement in “Women in Property” puts her in the van of a movement that is transforming the industry. 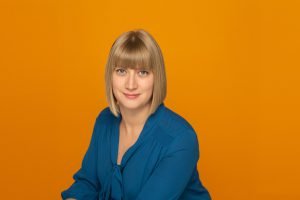 After the years of training, qualifying and becoming well established as a thoroughly reliable job architect Kristi returned from a sabbatical in New Zealand exploring and admiring nature's architecture in early 2020 and is delighted to be settling back in.

Elgin born, she brings an eye for detail and a calm and steady and very organised approach to her work. Clients who work with Kristi quickly come to rely on her efficient delivery.

She has particularly enjoyed working for independent developers to transform and revive existing buildings and has several successful projects under her belt. Kristi has a passion for residential architecture, making your house work for you and for the next generations.

Away from the office she enjoys camping & exploring the outdoors. 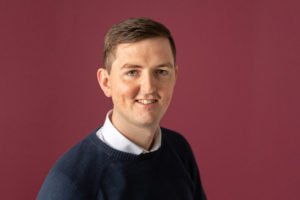 After graduating from Northumbria University in 2013, Neil, originally from Newcastle Upon Tyne, headed across the globe to New Zealand keen to gain experience and to fulfil some of his passion for travel. He was involved in the diagnosis of leaky buildings and subsequent repairs gaining fantastic problem solving and people handling skills.

From this background Neil has spent the past four years at GLM immersed in a wide range of surveying, project management and contract administration roles on the basis of which he passed his APC, becoming a Chartered Building Surveyor in the summer of 2019 much to the delight of the whole team. At GLM he has found himself involved with some fascinating conservation work which has fired his interest in historic buildings.

Neil is blessed with excellent organisational skills and a pleasing but firm manner to go with them. 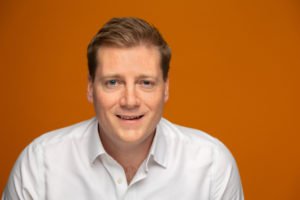 David qualified as a chartered architect while working at GLM. With multiple demanding projects under his belt, David brings design flair, attention to detail and a steady sensible approach to the projects he works on. He is particularly fluent in the creation of 3D CAD models and Building Information Modelling while capturing the imagination of clients and colleagues alike with his quick sketches to bring the vision to life.

David trained at Edinburgh University, but grew up in Bahrain and has worked in the Alps so there is something supranational in his approach and thinking. From this multifaceted background David has developed an expertise in the fields of high end residential, tourism and leisure including the planning process for leisure developments in England and Scotland. Clients find David quietly reassuring and competent and intensely loyal to them and their projects.

When not working, David is often found on beaches or ski slopes, depending on the season with his trusty companion MacRalph! Look out for Mac on our social media channels! 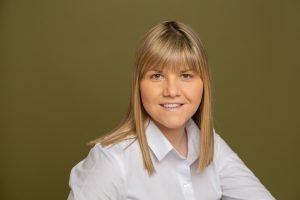 Eilidh Walker joined the GLM team in January 2020 as a Chartered Building Surveyor. Prior to this, Eilidh studied towards an Honors Degree in Building Surveying at Glasgow Caledonian University. Following her studies, Eilidh went on to spent 5 years working in the corporate sector with one of the largest multi-disciplinary consultancy firms in Scotland, based in the Highlands. Here, she completed her professional training attaining her RICS Chartered status.

Having a large geographical coverage, expanding over the Highlands and Islands, Eilidh’s skill set is very broad to accommodate many requirements whether it be a pre-acquisition building condition survey, detailed design through to defect diagnosis, rectification, and Contract Administration. Additionally, Eilidh is a qualified Energy Assessor who can produce Energy Performance Certificates.

Being a native Gaelic speaker and active crofter from the Hebrides, Eilidh has an in-depth understanding of rural communities and the environment whether it is the built or natural environment. 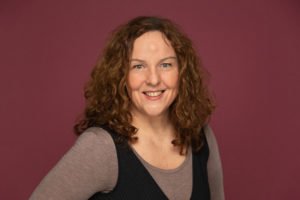 Coming from a wide-ranging accounts background in the leisure, property development, marketing and housing association sectors, Diane has been a key member of the GLM team since 2013. As well as being a buoyant and supportive team member she excels at key performance measurement and analysis.
Diane also provides her expertise to building project management and has a good understanding of the complexities of tax as it applies to the construction industry. Projects that benefit from her financial oversight include where GLM undertakes the role of Construction Managers.

Her organisational skills come from supporting her energetic children while her dedication comes from her love of exercise! 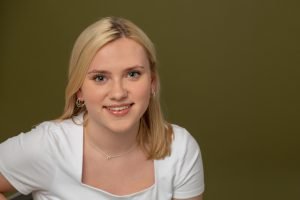 Charley began her journey to becoming a Building Surveyor in Autumn 2019. As GLM’s first Graduate Apprentice, Charley is studying for her BSc Hons degree with Edinburgh Napier University alongside her work with GLM. She discovered us whilst on search for valuable work experience and thoroughly enjoyed her placement with GLM. Fast forward a year and the team has warmly welcomed her back into her new role! Charley is keen to develop her skills and showcase her passion for historic buildings together with her creativity and flair for Graphic Communication as an Apprentice Building Surveyor. 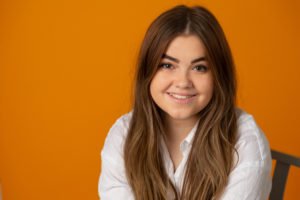 As an architect in the making spending her year out with GLM Sophie outclasses many with a multiple of her years of experience. Her advanced and artistic drawing skills have made her a valued asset to the practice and one to watch for the future.