Fire, flood and snow: problems and some solutions

Posted by Shaun Perry on Dec 1, 2012 in Building Surveying

Fire, Food and Snow: Problems and Some Solutions

How often do buildings get damaged by fire? In the case of one mansion in the Borders, GLM looked after its reinstatement after a fire destroyed part of its roof 7 years ago.  About a month ago fire struck again consuming a different roof.  In both cases speedy action resulted in the extent of damage being minimised but the reinstatement works are nevertheless substantial.  The building had just been extensively refurbished prior to our involvement 7 years ago.  Although electrical problems seem to have been the source of the fire each time, the electrical system was not old or dilapidated.  Possibly this time a recessed downlighter was the cause. 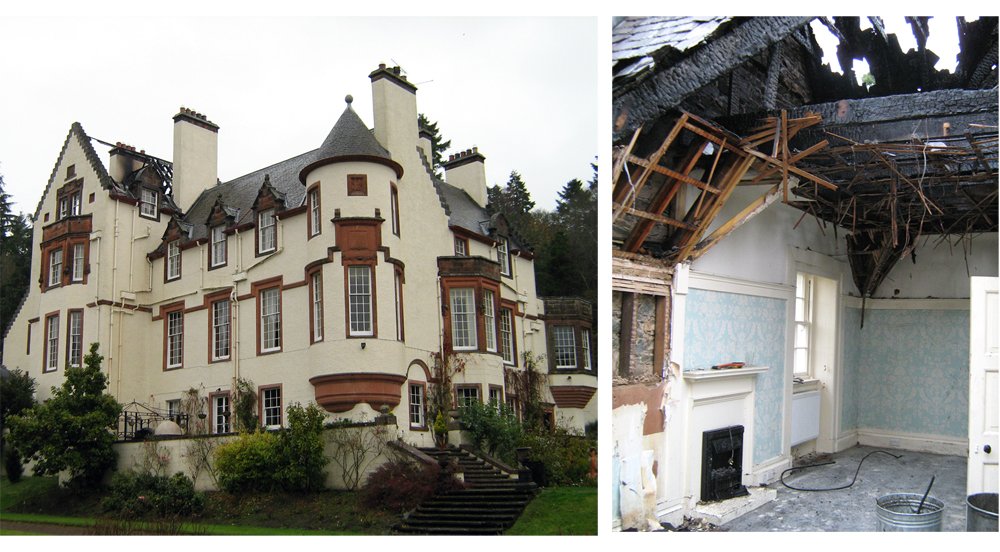 We also looked after the reinstatement of a country house in Argyllshire following a serious fire some years ago.  The silver lining here was that it was possible to take the opportunity to remodel the house introducing ensuite bathrooms and, significantly, residential sprinklers which should mean that we won’t be back. 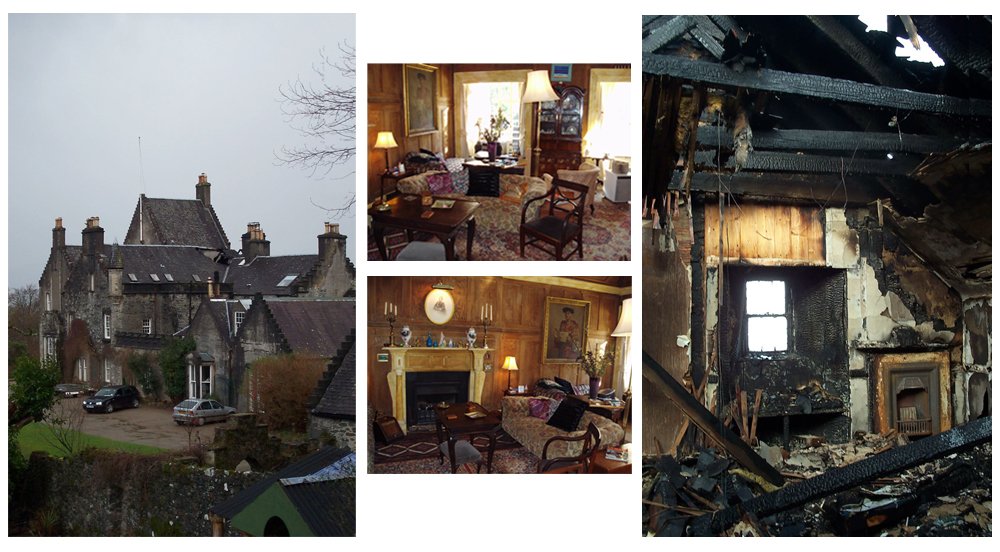 Residential sprinklers are a great idea.  Not only do they prevent fire damage but they also reduce water damage.  The water from a sprinkler to extinguish a fire is a lot less than results from the most modest of firefighting efforts by the fire brigade.

Regular testing of electrical systems is, of course, emphatically advised but will such testing necessarily detect a fitting built into the building fabric that is overheating?  The answer to this is that it won’t.

Flood damage is another really surprising hazard.  We have recently been involved in making good the damage caused by a flash flood, a sheet of water that came down a hill knocking down an embankment and retaining wall to an A listed building.  The water appeared to come from nowhere although it was traced back to a crushed field drain.  The amazing levels of rainfall over the past 24 months have created land drainage problems on a scale unheard of in decades if not longer.  As well as reinstating the damage we have installed swales which are intended to carry any future floods safely around the building and into watercourses. 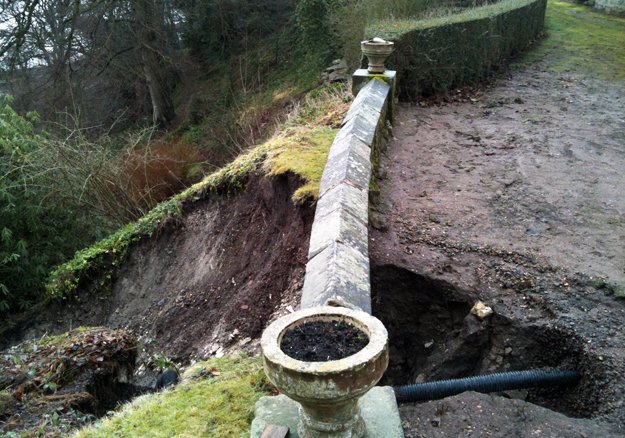 Recently GLM were called in to deal with the aftermath of a flood at an A listed house near Stirling.  Here another sheet of water came apparently from nowhere and flooded the ground floor in moments. Despite the best efforts of the owners, antique furniture was soon bobbing around in the muddy water along with saturated oriental rugs and sodden books.

It is possible to make a building resistant to fire by installing automatic fire suppression.  It is sometimes feasible to improve defences against flooding.  However as we face increasing extremes of weather it seems inevitable that, in some soils and topographies, land drainage systems and flood defences just won’t be enough.  Intensive farming and associated fast flowing agricultural drainage networks, deforestation over centuries, the draining of wetlands and the creation of large areas of impervious surfacing coming together with climate change have all contributed to the fragility of the world we now inhabit.

A NATURAL REMEDY TO FLOODS


A natural agent of water management is the recently reintroduced European Beaver whose legendary bio-engineering activities are a useful and effective antidote to the problems of flooding and drought that result from human activity. Wild beavers which are protected by the EU Habitats Directive, are described by biologists as the keystone species of wet woodlands and the missing link in our ecology.  After being hunted to extinction centuries ago they are now spreading over a wide area in the Tayside watershed and will, in time, re-colonise all the watercourses of the country.  Click here for more information on this. 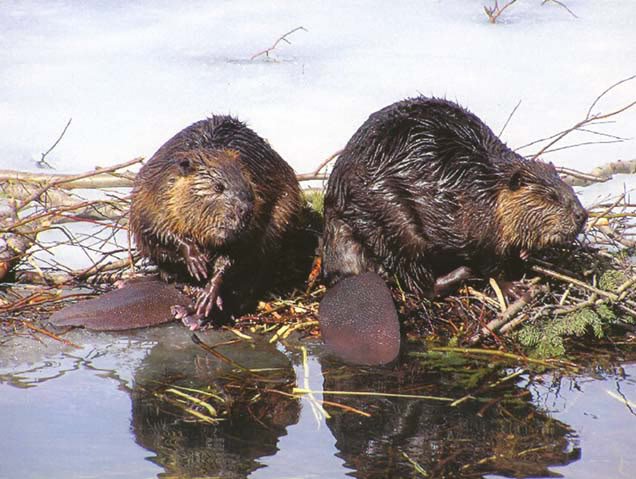 After a couple of decades of greatly reduced snowfall levels in winter we may now be set for a phase of heavier snowfall and icier winters.  If so it is time to look afresh at roofs.  Leadwork on roofs needs to be designed to accommodate thermal movement.  If it is prevented from doing so it will develop metal fatigue and split.  However this means that lead has to be jointed with laps, steps and timber roll joints.  In certain cycles of snow freeze and thaw, it is almost inevitable that lead valleys and parapet gutters will leak unless snow is cleared away from them.  This is sometimes easier said than done and deluges of meltwater are likely to return as a hazard in many types of building.

One answer is to install trace heating tape to vulnerable roof areas which can be switched on in conditions of heavy snowfall.

Currently GLM are renewing brittle fibreglass roof coverings to a castle in Angus.  The client recognises that these roofs have not stood the test of time so we are putting back lead roofs.  Lead roofs, particularly where insulation is introduced, are susceptible to condensation which can be severely damaging to the lead, therefore requring very special detailing on these roof coverings.